Toilet, Toilets, what the 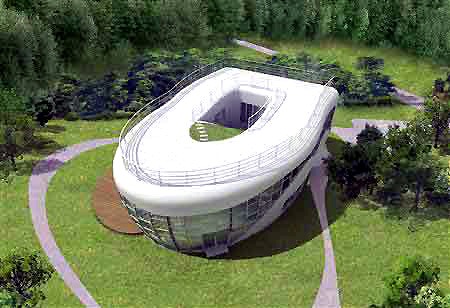 Yes this house really has been built to look like a toilet.

It was built in 2007 by Sim Jae-Duck (Mr Toilet Duck??), Chairman  of the Inaugural General Assembly of the World Toilet Association.

Located in the city of Suwon, around 40 km south of Seoul, it’s considered the largest toilet sculpture in South Korea.

The house is officially named ‘Haewoojae’, a Korean term for ‘sanctuary’ or a place that eases one’s worries.

Upon founding the World Toilet Association, Mr. Sim pushed for the establishment of international standards on how to clean restrooms as a way to maintain public health.

The global non-profit organization also advocates for zero-waste restroom essentials, such as the use of recycled toilet paper, organic hygiene products, and greywater.

Mr. Sim is famously known in Asia as ‘Mr. Toilet’, a reputation that actually started in the late 1990s to the early 2000s when he served as the mayor of Suwon.

He championed efforts to promote sanitation and prevent malfunction in public toilets all over the city.

However, his fascination and passion for toilet culture apparently began from birth as he was, in fact, born in a toilet. In South Korea, there’s a belief that people born in toilets are bound to lead long and prosperous lives.

After Mr. Sim’s passing in 2009, his house was turned over to the local government.

The 400 sq m building originally featured four deluxe toilets but has now been adapted to a toilet museum so there should be plenty more now.

The building  is made of white concrete, steel, and glass with a roof opening that resembles that of a toilet bowl.

Inside are two exhibition floors full of toilet-themed paintings and sculptures, as well as information on the history and mission of the World Toilet Association.

Haewoojae is open for visitors and can be even rented for $50,000 a night.

Thanks to ‘This Old House’ for the photo.