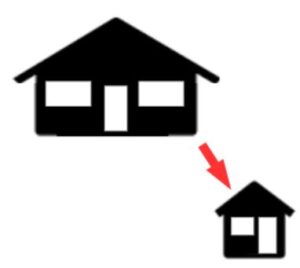 It’s now eight years since we downsized. . . . so what are the advantages?

Yes we did have to get rid of lots of things before we moved . . . but the truth was they were things like books we weren’t going to read again, and furniture that had hardly been used for years.

Don’t leave it too late before you downsize.