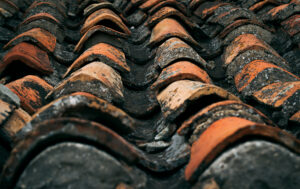 If you have an old house, you’re acquainted with the complications of living under old roofs.

Being subjected to harsh weather conditions, roofs tend to deteriorate over time as, old roofs have endured hundreds of weather changes–from the wind, rain, and sun.

These changes can bring about many issues.

From leaks to moulds, worn-out roofs come down with several problems that need to be addressed.

Roof leaks are the most common problem with deteriorated roofs.

It’s not fun living under leaky roofs especially when it rains.

Even though water doesn’t seep through the ceiling, it may pool inside the roof’s chamber, causing more damage.

The water pooled in the roof could result in rotten timber and moulds.

If not addressed immediately, it could also damage the electrical system.

In worse cases, it could cause electrocution or fire.

If you think roof leaks aren’t a cause of concern, it’s recommended reading this article.

The most common causes of roof leaks are the following: 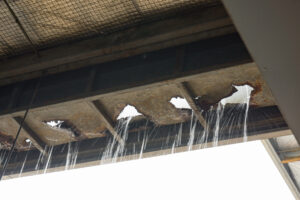 If the roof is made up of tin or corrugated iron material, it might be very rusty after many years, especially since this kind of roof tends to develop leaks over time.

This also applies to guttering.

Also, the more the iron roof is exposed to water and oxygen, the more rust is produced.

Hence, the older the roof is, the rustier it gets.

Old rusted metal roofs also have an impact on the appearance of the house.

For one, it ceases to provide a wonderful aesthetic to the entirety of the home, making the façade look outdated.

If the rust in the roof is getting out of hand, consider replacing your roof.

Discoloured and dripping ceilings are caused by roof leaks.

Because of the rainwater pooled in the roof, white ceilings tend to absorb the moisture.

Eventually, the ceiling would sag because the moisture has accumulated and affected the roof’s structure.

Smelly Air Inside The House

Sagged roofing and ceiling could cause stuffy air and a strange smell inside the house.

This is somehow due to the mould build-up in the moist area of the roof.

Also, the lack of ventilation caused by the sagged roof contributes to the odour indoors.

This problem is specific for wood ceilings and shingle roofs.

Moulds are an important concern that should be addressed, particularly in old roofs.

These moulds could hasten the rate of the roof’s deterioration.

Other than that, moulds from the moisture could pose health concerns for the people living in the house as it would bring about problems such as allergies and asthmas.

How To Solve Old Roof Problems

The problems with old roofs are not only seen externally but also internally, especially holes in a metal rook.

These problems could shatter the structural integrity of the house.

Fortunately, these problems could be solved through regular roof maintenance.

If the old roof has been well-taken cared of since the beginning, fewer complications will be experienced in the future.

This translates into his blog, which covers a wide range of topics from woodwork to installations.

When he’s not in his workshop, he spends time with his wife and children in their backyard.