3 Reasons To Upgrade Your Sink Mixer

People probably haven’t given it some attention, but there’s a lot of water being wasted each time they open their traditional taps. 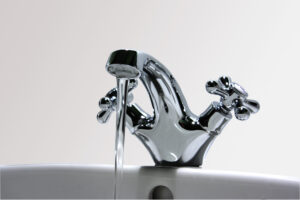 Whenever someone turns their taps, they might keep it open a little too long trying to figure out the right mix of hot and cold temperature for the water. . . But if they saved all of this spillage, they might be surprised how much of their money is going down the drain for water they didn’t even consume.

Australians are some of the world’s top consumers of water, as In Sydney alone, people use up quite a volume of water cleaning up and watering gardens.

Not too many of them notice that there’s so much being wasted in their homes with their old, traditional taps.

If you need some help with your kitchen taps or you’re considering a modern sink mixer for your home, you can check out Plumber Sydney and other similar sites.

Here are a few reasons which might help you consider why you should upgrade your taps to a sink mixer:

Mixer Taps Are Easier To Use 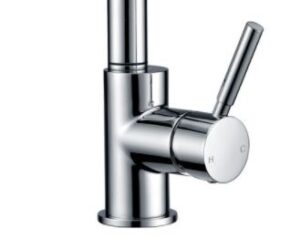 What makes modern mixer taps easier to use is you no longer have to turn each tap just to regulate water pressure or heat.

You can do this by turning just one lever.

When you turn it, you’ll be able to find the right amount of water pressure and heat you need.

A traditional mixer tap is essentially just two pillar taps that have been joined together.

The idea behind having two pillar taps sharing one spout is to give the person using the tap independent control over pressure and temperature.

With just a single spout, you can get a consistent mix of pressure and safe temperature of hot and cold water.

The mixer tap is most commonly installed in kitchen sinks. But at times, you can also see it installed in bathtubs.

Bath mixers can also have the added feature of a shower hose, which is called a shower trap.

If you’ve seen bath mixers with shower taps, the button that you can push against the wall or the tub is what’s used to switch from the mixer tap to the shower.

Mixer taps can help you save money since they’re economical to use.

When you have to turn two spouts just to figure out how to get the right temperature you need, you’re most likely going to waste water while you try to figure that out.

This might not seem a lot each time you use the spouts, but if you sum up all that wasted water in a week or a month, it’s going to add a considerable sum to your water bill.

Instead of having to grope your way with two spouts just trying to figure out whether the water is hot or cold enough, with a mixer tap, you’ll know immediately whether you’re getting it right.

This will help you cut down on waste of water every time you open the taps and linger a bit too long trying to get the right mix of hot and cold. 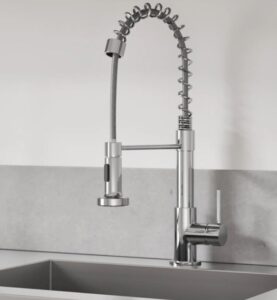 Aside from its advantage over other faucet models in terms of helping you save water, modern flexibe spray mixers will also give your kitchen sink that modern look and stylish functionality.

They’re a significant upgrade with the stylish jointing of two pillar taps coming together into one spout. And when it’s used, it’s amazing how hot and cold water stream into one flow.

They are single lever mixer tap with cartridge faucets.

This is different from the mixer tap with two pillars connected at the joint.

With a single lever tap, you can turn the lever to make the water hot or cold, and you can also mix them as you do with the independent tap models.

Even if you tried getting some sleek and modern-looking lever for your traditional tap, what you’re going to come up with will still look much more traditional and older in style and design.

It might even look out of place if you have a modern sink.

You won’t be limited by this when you upgrade to mixer taps. They’d be able to provide that stylish appeal, which would match the designs and styles of modern sinks.

The taps you have in your kitchen sink are probably the most often used but taken for granted part of your household plumbing.

You use it for washing your hands, washing the ingredients for cooking, washing the dishes, and a whole lot more.

Without noticing it, you’re wasting a spillage of water each time you use your traditional taps.

You might want to think about the reasons given here why you should upgrade to a mixer tap for your kitchen sink.

Christopher is a construction and home renovation specialist. He also does some contracting jobs for general plumbing, heating and ventilation systems, and renovation works. When not doing projects or writing blogs, he heads to the beach for some surfing and diving.