In my first 35 years living in England I always lived in 2 storey homes. 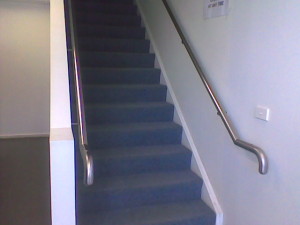 I was never that keen on stairs for the following reasons:

Most people in Britain aspired to living in a single storey house, or as they call them in England ‘a Bungalow’.

Imagine my surprise when we moved to Australia and found that two storey houses were seen as the premium end of the market. I quickly said there was no way I would be living in a 2 storey house again.

If I was a first time buyer with the current problems of urban sprawl and housing affordability I might be forced to think differently.

Perhaps the developers and builders also need to think again and start offering designs and subdivisions that are aimed at smaller two storey houses.

You do see a few smaller houses but they tend to be in body corporate infill developments as these are generally built closer to the city there isn’t the same saving for the first time buyer compared with newer subdivisions.

There are also often issues of limited parking.

Would you be happy to get a start in the housing market by buying a smaller 2 storey house, and then moving up to a larger two storey house as your family grow?